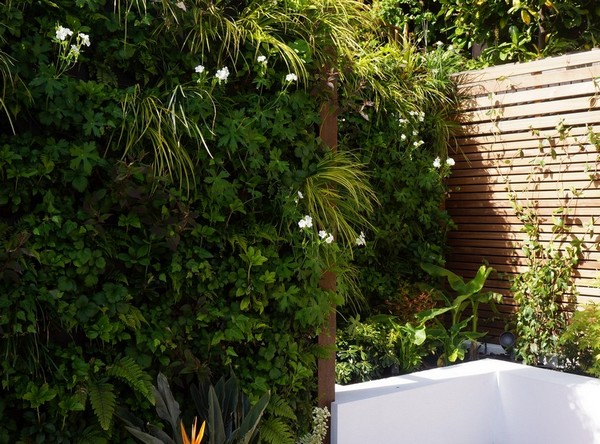 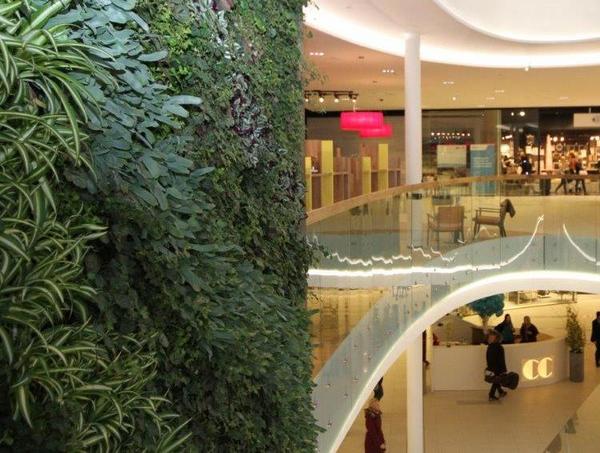 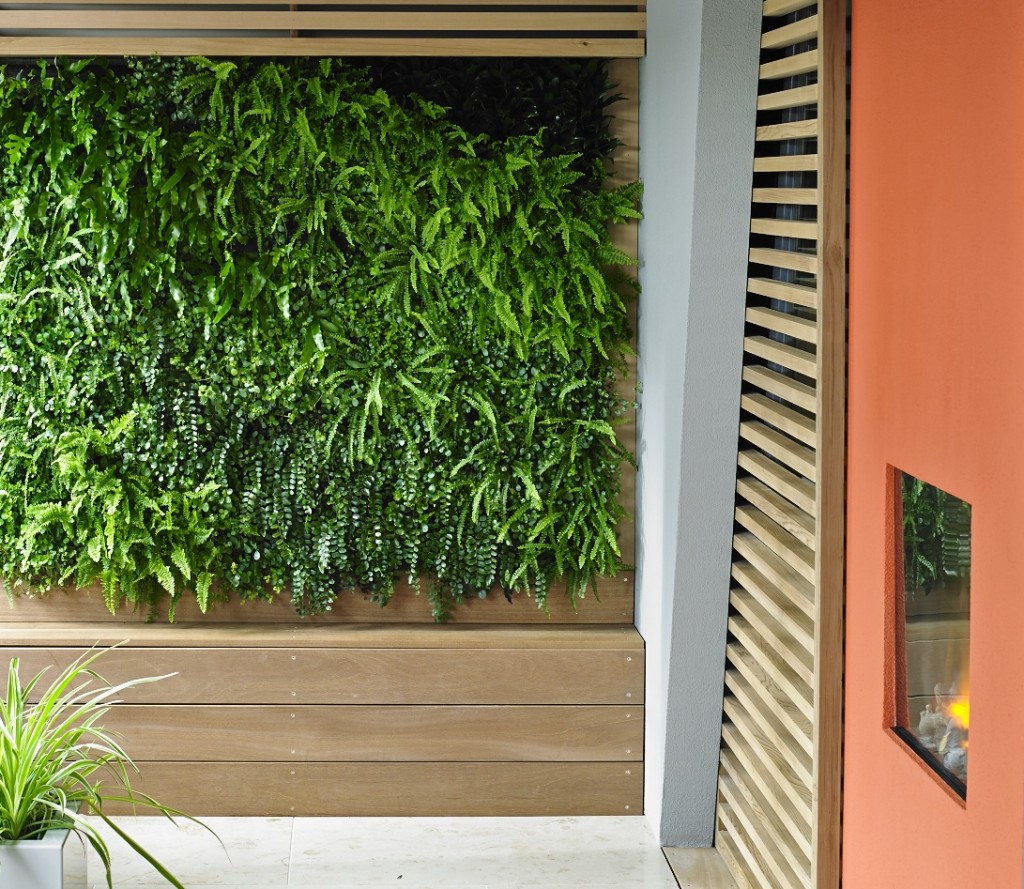 I launched my newsletter this week on vertical greening, sending it out to clients and those who’d signed up here or on the website.  From the number of views and feedback, (considerably higher than industry standards) I’d say it was a success!  The aim is to inform interested parties of news and developments in the field of vertical greening.

Don’t miss the next issue – sign up using the form on the right! 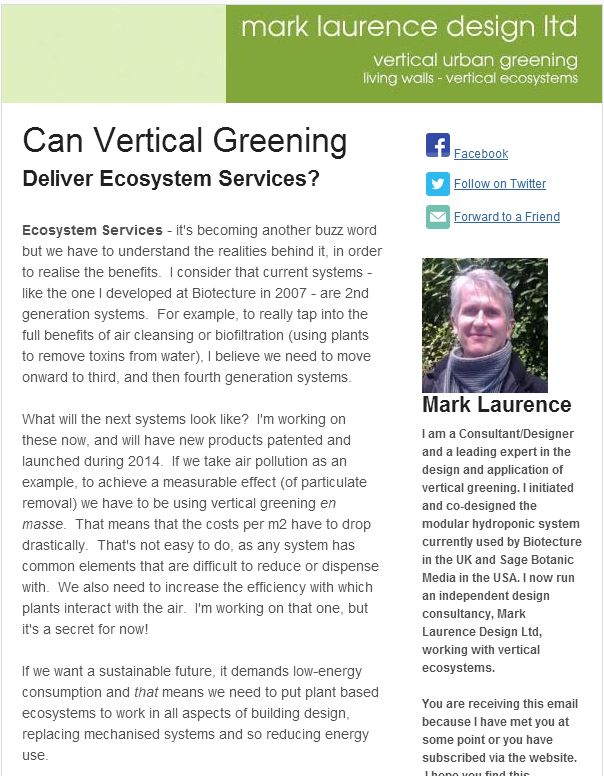 A new wall has just been installed at the Aveda Institute at High Holborn.  An unusual design, it is a column wrap-around, which gives some design and technical challenges. 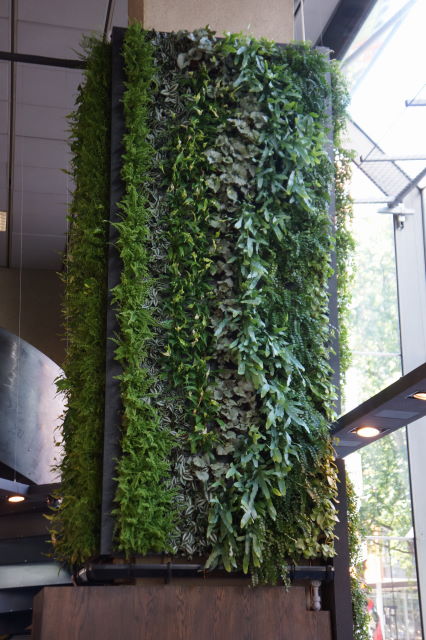 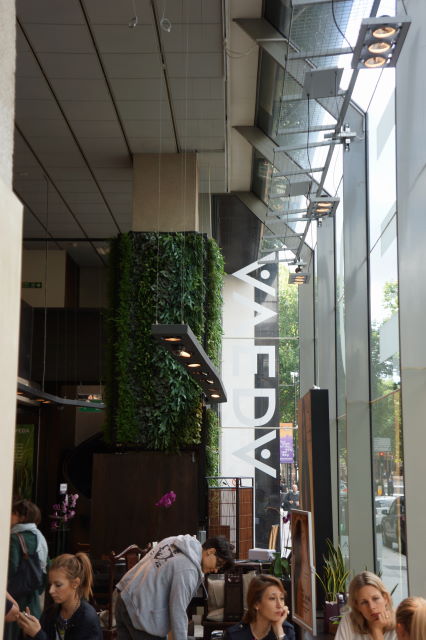 Because it was not possible to retrofit drainage into the building (a common problem when buildings are not owned by the occupiers), a recurculating, tank-based system was designed.  Normally, water is not recirculated in a green wall because the addition of nutrients (usually injected into the water-flow) would cause a build-up of excess mineral salts and create chemical burn to the foliage.  This system avoids those problems and solves the drainage issue.

A selection of plants has been chosen which will adapt to the existing light levels, which are low on the face away from the windows. Feedback from staff and visitors has been incredibly positive!

A second wall, also a column wrap, has been commissioned for Aveda at their outlet in Libertys, Regent Street.

Note: final trim detail to be added at the time these pictures were taken.