A lot has changed since writing this article in 2013.  I now work with Planters Horticulture to deliver living walls in the UAE, via my company Vertology Ltd

I’ve just come back from Dubai again, following up on the Biowall green wall installer, Acacia LLC.  Indoors it is much the same conditions as anywhere in the world, but outdoors is a challenge.  Temperatures in the hot summer months can reach 50°C (in the oasis town of Al Ain, it can get to 62°C, with low humidity).  Finding plants that will cope with these levels of heat is not easy.  We’ve had test walls going for nearly a year now, so about to have a second summer test. 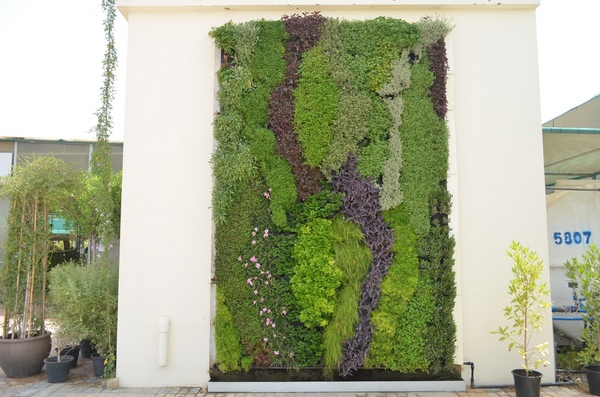 I have just set up a stage two trial, to run from September, testing an expanded range of 50 outdoor species, mostly plants used there as groundcover.  This will be divided into sun and shade walls, for obvious reasons, and have a rigorous testing regime. 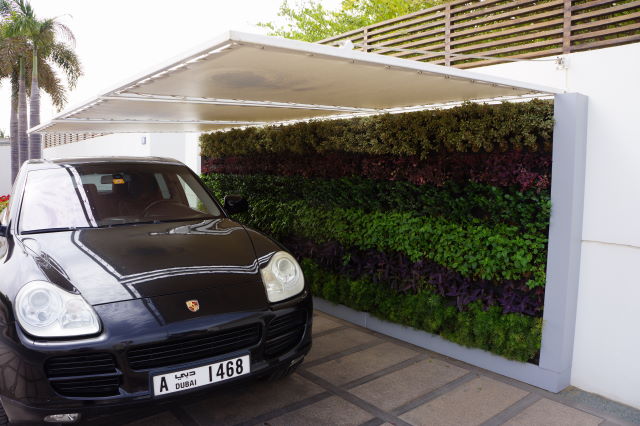 There are, of course, other people trying green walls. Both of the ones I have seen (outdoors) I fear are likely to fail. This is not good news, because UK experience tells us that a major public failure can set the whole industry back considerably, as it takes a lot of proving then to show that it can be done. 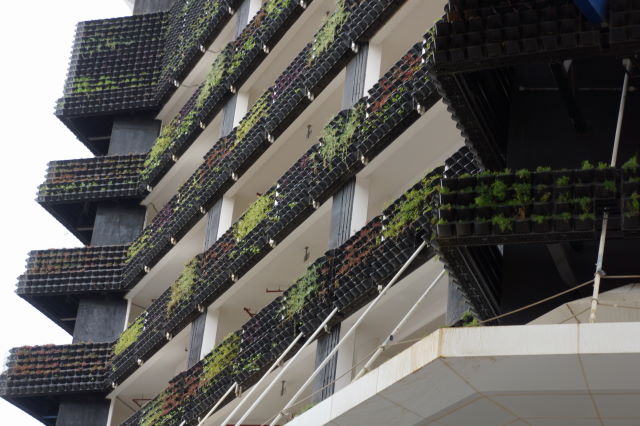 This is a brand-new wall on a new hotel using a compost pot system on the Sheikh Zayed Road. Plants are looking very poor already… since recovered but not that great.

So walls like this one cause a lot of problems, which of course, will be corrected with time; the momentum out there for vertical greening is becoming unstoppable.  Systems like the one above that use individual pots to hold compost, mean the root zone is exposed on all sides to heat and wind; keeping such a plant well watered will be a tough call, especially when there is no drainage fitted and it just drips onto the building façade.

Never mind. Pioneering always carries risks and at least they have been bold enough to try.  But the wall should look like this… 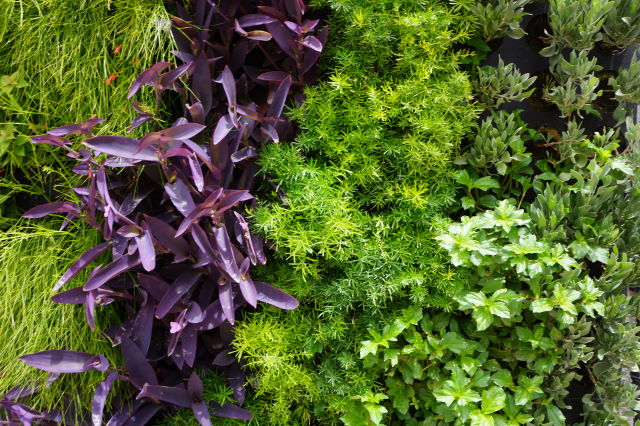