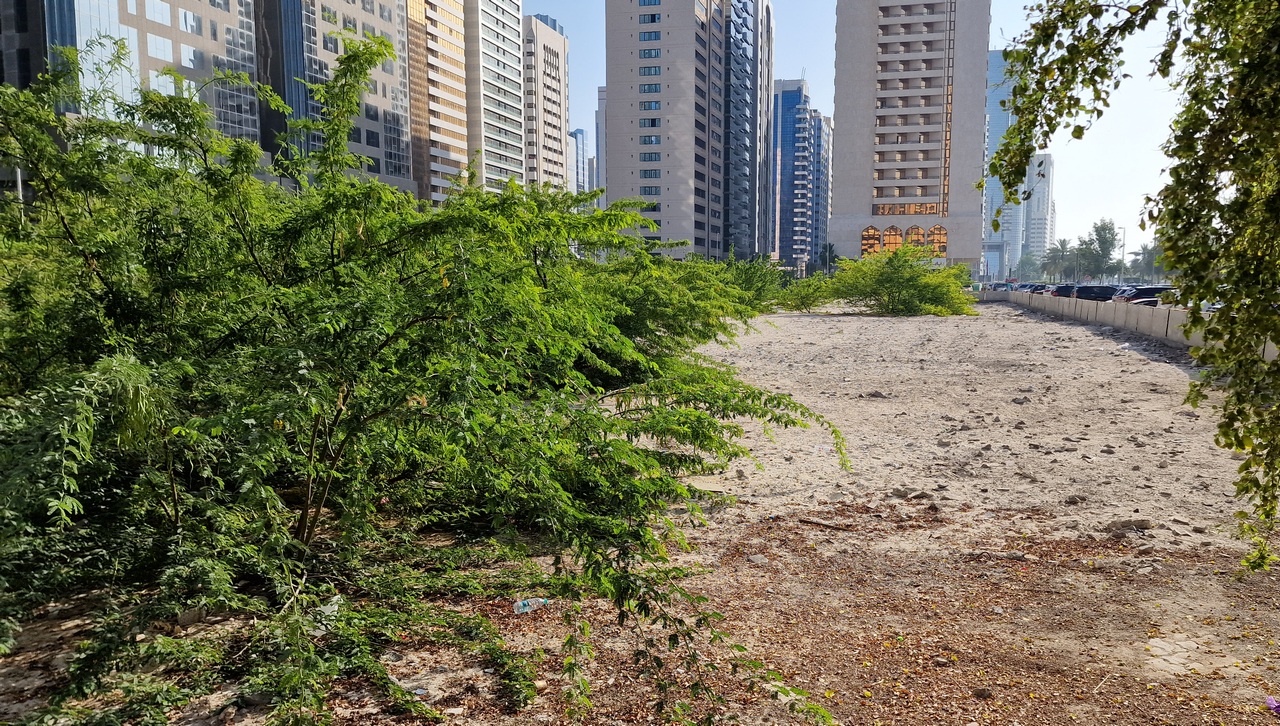 This is a follow-up to an article I wrote in 2018, about a brownfield site in Downtown Abu Dhabi. The original article can be found at the end.

I was fascinated at the spontaneous self-seeding of plants – all non-native ‘invasive’ plants – that had taken place. Less than a year later, Google maps revealed that the site had been cleared.

I felt sad about that, but in 2021, the same source showed that regrowth had occurred.

I’ve just been back to Abu Dhabi (April 2022), working on a project, and made time to go and visit; I was delighted!

In three years, the site has gone from cleared, to regenerating. So far, there is less diversity than before, but I wouldn’t be surprised to see more species emerging again, provided the site is left alone. The dominant tree is Prosopis juliflora, Mesquite – no surprise there. If you don’t know the tree, it is an aggressive invader, or from my viewpoint, a successful pioneer of disturbed ground. Originally from central America, it has been introduced to most arid parts of the world as an agroforestry tree. I may write more about it in another post; but here it is, pioneering. Also in evidence are Ficus benghalensis, the banyan tree and Washingtonia robusta, Mexican fan palm. There is also the grass you see in the pics above, which I haven’t identified but which is making good progress in covering the soil.

In amongst the foliage, there are insects and birds, some of which were nesting. This abandoned, ignored site is alive, dynamic, building microclimate and generating biodiversity, all without human aid or interference. This is unlike the adjacent parks which are stuck in a 1970’s time-warp and where considerable effort and a lot of water is put in to keep things the same. It wouldn’t take much to turn this brownfield site into a really beautiful space, with just a little input and guidance.

I have no doubt this site will be cleared again at some point, and buildings will rise from the sand. Until then, I will continue to observe what happens.

The original article can be found here: