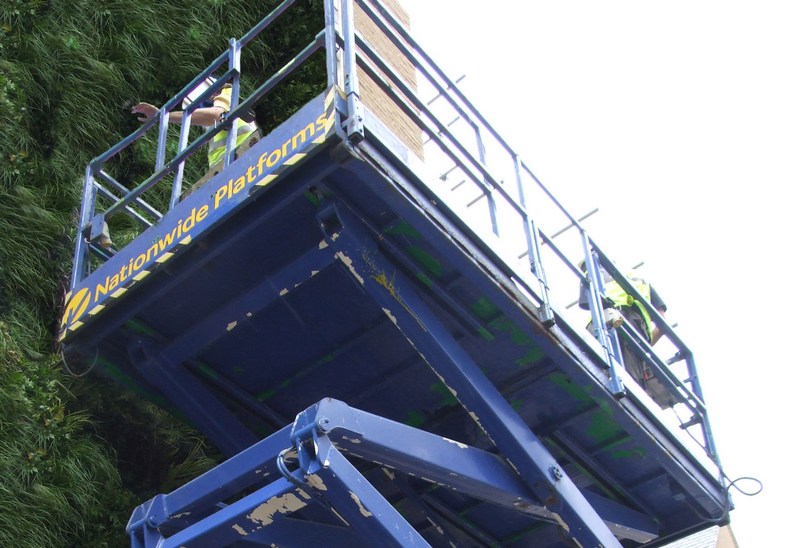 We are now a decade into the explosion of living or green walls.  There have been many successes and some notable failures along the way, some of of which may be system-induced and some caused by inadequate or inappropriate maintenance regimes. Assuming we now have systems that work at least reasonably well, what is required by way of maintenance to keep walls looking good?

First of all, we have to acknowledge it is the large, commercial projects which get the attention and sit within the public eye.  If anything goes wrong with these, it is noticed, big time. Commercial walls, I have found, are governed by financial pressures and that can sometimes mean that over time, budgets are cut and maintenance regimes compromised. When maintenance goes out to commercial tender, it is usually the cheapest price that wins.

Secondly, we have to understand that there is a profound difference in the way we perceive vertical landscapes from horizontal ones.  With ordinary planting beds, we would plant probably between five and nine groundcover plants per m². Living walls are planted at between 30 and 100 plants per m², a highly artificial and crowded environment.  Yes, we are treating these as groundcover which knits together, but unlike horizontal beds, gaps between plants are not deemed acceptable.  It is also harder for plants to spread or fill in laterally, depending upon the system they are planted into. Visually, when you look at a living wall, you look straight on at eye-level, then upwards. So the lower sections of walls can come under intense scrutiny.  Any failures have to be replaced and the rate is higher than that of horizontal planting, for the aesthetic reasons just stated.

Thirdly, living walls depend upon the right plants being chosen; they have to have the right characteristics of habit, growth and longevity. Some common garden plants are notoriously temperamental, short-lived or subject to pests such as the notorious Vine Weevil (which seems to attack an ever-increasing variety of plants). As a designer, I have previously used many plants that I don’t use now, and I find the list is shrinking, as you learn about a plant’s ruggedness over time. We are still pioneering a new methodology and now I’d rather use a smaller palette and feel more confident about it’s long-term success.

Fourthly, finally and perhaps of greatest importance, is the maintenance given to a living wall. I prefer the term living wall to green wall, because it reminds us that they are just that, living. They are also put into an extremely hostile and unnatural location and aspect. Sometimes those who look after them don’t do a good enough job. Many commercial landscapers are not horticulturalists and don’t really know that much about plants.  That may sound shocking (and I’m pointing fingers at no-one, for this is just they way things are) but a Kew or RHS trained gardener is unlikely to be employed in a commercial company. Even knowing what to do for the best health of a plant on the ground could be inappropriate if done to the same plant on the vertical. 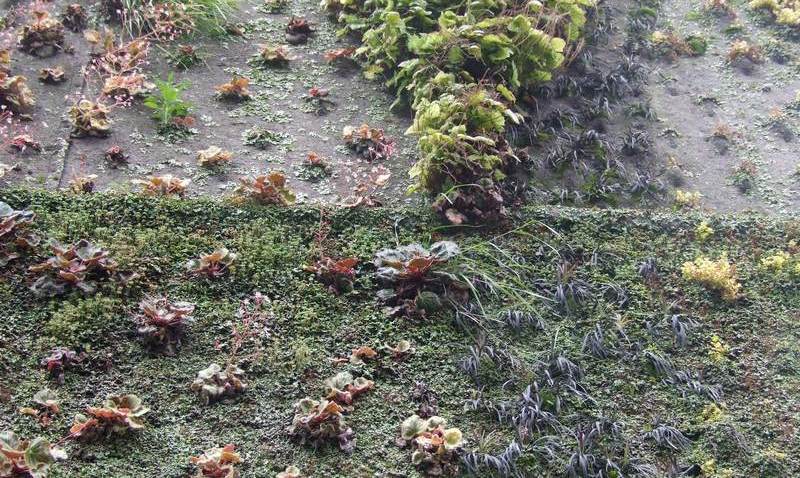 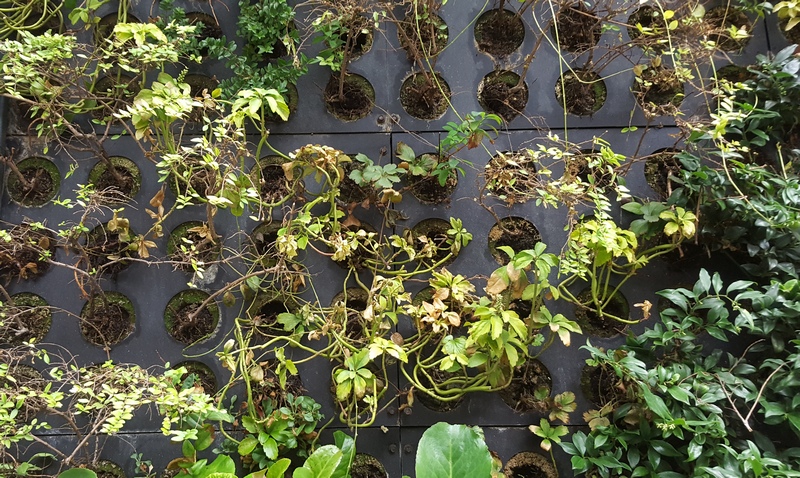 The pics above show living walls in three different systems, all in poor condition (including one using my older system); I’m not saying where or who because blaming is not appropriate nor my intention; rather, awareness raising is. The fact is that each and every system out there has good and bad examples to show. It is interesting to note that training efforts have been begun in at least one university, but this type of knowledge is a hands-on, college affair. Right now, it is only learnt on the job and this is art of the problem; many operatives simply don’t know their plants. If you don’t know the name, you’re not going to know anything about how it grows or when and how you should prune it.

My answer (and this goes much against my designer instincts) is to restrict the planting palette to those most able to survive. I always want to use more varieties, but it is sobering when you see them dying because they can’t cope with the conditions, or falling off the wall because the roots have been eaten by Vine weevil or millipedes. Beautiful grasses that  have high levels of old, straw-like debris among the new healthy leaves are a no-no and geraniums may or may not look good in the winter months; such plants must be used with care. Patterned designs seem to fall by the wayside too; bold swathes are fine until one species fails and dies back, then you are left with a gaping wound.

So you may be thinking, should we do this at all?  My answer is an emphatic yes, we should and must. We need to green the vertical in cities, for it is often the only space left available. We have all the needs of biodiversity, pollution mitigation and biophilia to account for and living walls provide those where no other greening method can – not even trees. We still have much to learn however, and the skill of maintenance has to be appreciated more by all involved. In fact it needs to be venerated and it’s practitioners respected and paid more.

Systems, at best second or third generation, need to evolve and be better understood.  Or rather, plants need to be understood more, and their optimal needs met.  We have, as I keep saying, hardly scratched the surface of what is possible and of what needs yet to be done. We need to learn more, try more and expect more.