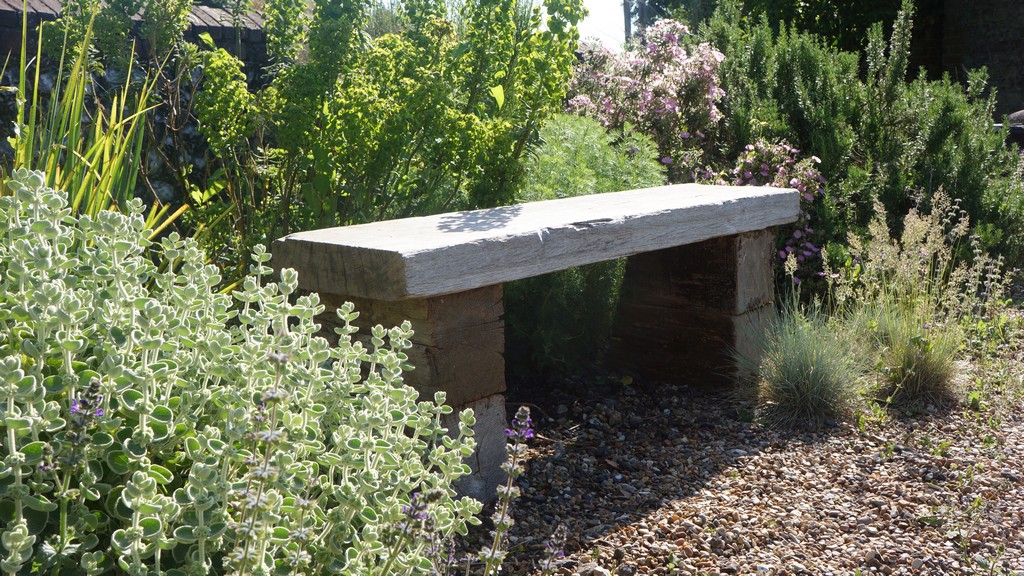 Some years ago I was tasked with turning an old farmyard on the South coast of England into such a garden. The compacted rubble was on average 50cm deep, so we loosened and/or removed about 400 tons and replaced a similar amount of topsoil into slightly contoured mounds. As it was a farm, the soil was already available stacked on site and there was somewhere to remove the rubble to. We then rotovated 50cm of gravel into the mounded soil to improve drainage and planted with a range of “Mediterranean” plants. Most were from this region, with some Australian/New Zealand species, most notably Phormium (which I probably wouldn’t use today). We also built a stream and water feature, using 30 tons of boulders (glacial, so not strictly true to theme).